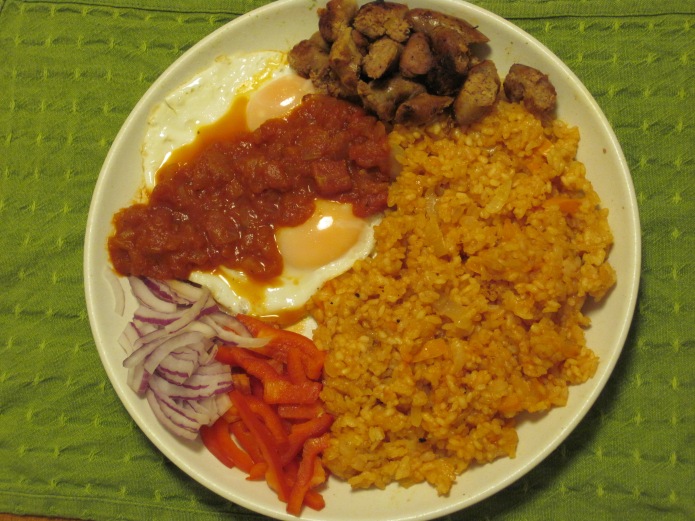 do you remember space camp?  even if you didn’t go to the official super-fancy nasa-sponsored space camp, you probably took some summer school course about space or something as a kid.  and if you didn’t do either of those, chances are you probably wanted to and felt super dejected when you friends told you all of their awesome space camp stories.

in any case, being an astronaut is one of those jobs that mesmerized me when i was just a pup.  of course, i was more into the idea of becoming the president or a fighter pilot or a scientist.  but if a random member of nasa came up to me when i was a six-year-old and told me i was accepted to the official astronaut training program, you bet your butt i would have gone without thinking twice.  space is huge and amazing and full of possibilities for six-year-olds, especially when the farthest away you have ever gone in your life is the public pool.

like six-year-olds and space, most chickens probably have only a vague knowledge of mexican food.  never in their wildest dreams would they have considered that they would become a delicious breakfast fit for a latin american farmer.  i like to think that if i were a chicken and i was given a choice, i would go for the rancheros sauce without thinking twice.  sure, i could hold out for a while and hope to become sous-vide or chicken cordon bleu, but more often than not i would end up something highly processed and much less tasty (like kfc, chicken nuggets, or instant ramen flavor packets).

well, i suppose that is enough strange asides for now.  it’s recipe time.

END_OF_DOCUMENT_TOKEN_TO_BE_REPLACED

enough gastronomy.  reading about avocados this week got me fired up, and today i couldn’t stop myself.  i got home from work and decided to engage the avocado with every ounce of cooking chutzpah i could muster.

avocados aren’t just for guacamole.  yeah, guacamole is great.  but that crazy green fatty fruit is so so so much more than something to mix cilantro and lime juice with.  think outside the box, and give one of these recipes a try.  our scaly pear-shaped friend will thank you for it, i’m sure.

scoop with bread, chips, chicken. all up to you. 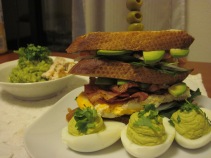 garnished with cilandro and shredded chicken.

green, through and through. 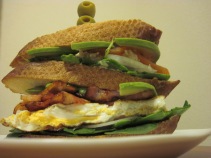 olives watching from on high. 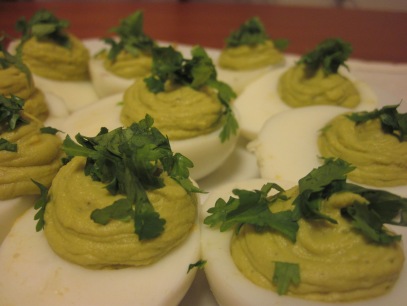