i like to tell people sometimes that living an amazing, fulfilling life in izu is the simplest thing you could imagine.  it requires only a few basic tenants.

END_OF_DOCUMENT_TOKEN_TO_BE_REPLACED 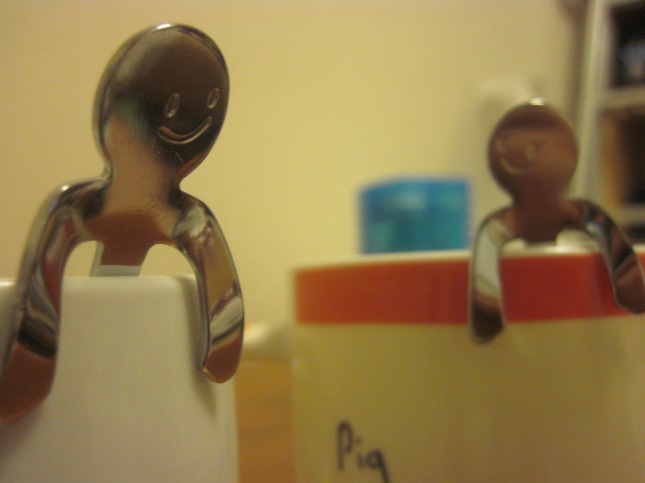 my friends are pretty strange people, which is probably why i get along with them so well.  for christmas last year, they planned a 5k run on christmas day wearing santa hats.  on new years, they climbed a local mountain at the wee hours of the morning to see the first sunrise of the year.

but because i end up going home for christmas most years, i normally miss out on their end of the year shenanigans.  so this year, a few of my friends decided that we should try to do something early.  the plan we came up with was what we lovingly referred to as “kitchen town christmas.”

END_OF_DOCUMENT_TOKEN_TO_BE_REPLACED

among my close friends here in izu, i think i am probably the most omnivorous of the group.  one guy in our group eats nothing but pan-fried chicken breasts and cheese.  my canadian buddies basically live off of various cuts of pork and eggs.  my buddy up in susono survives off of kimchi, beer, and meat.  you get the picture.

but don’t misunderstand me.  i am far from criticizing these wonderful human beings.  i love meat.  i love cooking it and eating it.  which means when we hang out, the only natural course of action is forego all of those frilly, unnecessary parts of a meal (see: vegetables, starches, fruits) and go straight for the protein.

we built a smoker from scratch just so we could make home-cured bacon and smoked salmon and all kinds of delicious treats.  but lately we’ve decided to kick it up a few notches.  we decided to make sausage from scratch.  a friend gave us a meat grinder, our canadian sausage matron got together the necessary accoutrements (e.g. sausage casings, pork lard, spices), and we all met in susono for a sausage pulling party.  dirty jokes ensued.

despite our abundant innuendos, we ended up making nine kilograms of sausage in the end.

we dedicated three kilograms of meat to each type of sausage that we made.  my sausage was carnitas-inspired, ana’s was cajun seasoned, and brian’s was a sweet italian sausage.  i’m not exactly sure what spices went into the other two, but the recipe for my sausage is as follows. 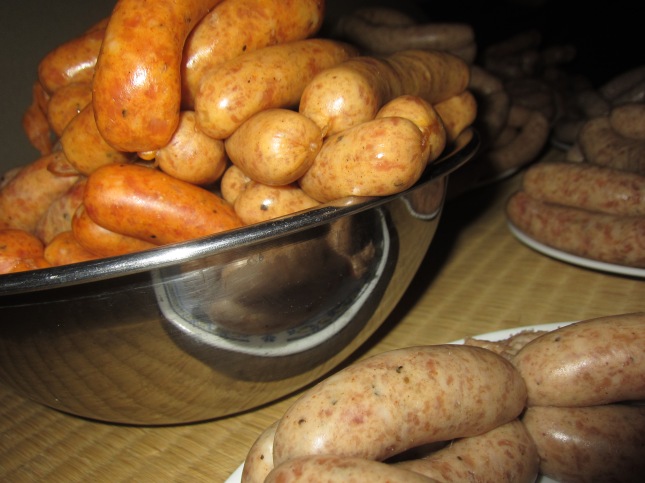 i have this friend.  two of my really close (canadian) friends who, at the time, happened to live right next to the snack bar he owned and operated introduced me to him.  and when i first stopped by his restaurant, we instantly hit it off.

makoto has a little bit of a belly, a shaved head, and a laugh like a clown.  i have never seen him wear any shoes other than sandals, even in winter.  he loves to drink, he loves to sing karaoke after he closes up shop, and he loves to meet new people and ask them all kinds of questions (some of which are far from wholesome).  he has a collection of cell phone photos of himself taken in public places during the wee hours of the morning, in most of which he is super drunk and as naked as a newborn child.  in other words, he epitomizes the word goofy.

END_OF_DOCUMENT_TOKEN_TO_BE_REPLACED

i’ll admit it.  there are times when i don’t really feel like spending an hour or two making a spread large enough to feed the russian army.  sometimes i just want to cook something quick and easy, and in this weather, the less i use the stove the better.

yesterday was one of those lazy days, and i found myself with an abundance of kimchi on my hands.  while normally i would default to kimchi hot pot (one of my favorite autumnal foods in japan), the “hot” part of hot pot didn’t sound that appealing in the 34ºc heat.  instead, i decided to go for something with which i could enjoy an ice-cold beer.

and as soon as i thought the words “ice cold beer,” buta-kimchi sprang to mind.