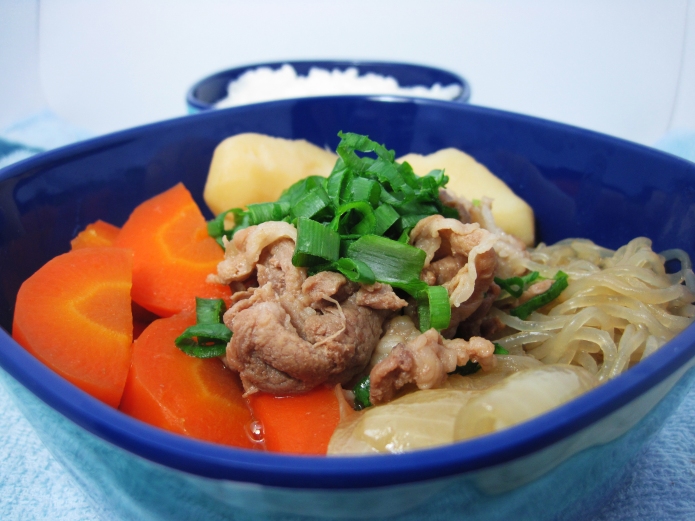 there is a special place in my heart for what i call “errant foods.”

i find that when a food manages to make its way across national borders (and sometimes oceans) to establish itself in a new locale, is worth giving a try once or twice at the very least.

i firmly believe that there should be a division of anthropology devoted to the study of errant food.  errant food never develops in a vacuum; it is the result of cultural interaction, which means the resulting recipes can be used as a sort of historic landmark for when, where, and how culinary traditions from different cultures collided.

the aspect of errant food i enjoy the most is the fact that it almost never resembles the original recipe upon which it is based.  tex-mex and traditional latin american cuisine have some crossover, but they also have some massively dissimilar areas (e.g. flour tortillas).  american chinese takeout and traditional cantonese cuisine are loosely associated at best.  curry, which is consumed all over central, southeast, and southern asia, is one of the most illustrious errant foods.  if you have ever had japanese curry, you may have wondered why its flavor, color, and texture are closer to beef stew than indian or thai curry.

the reason is simple: japanese curry isn’t based on indian curry.  it is based on british curry.  the british were the first to introduce curry to japan.  as curry made its way from india to britain, the recipe changed to incorporate more readily available ingredients, such as beef.  by the time this british version of curry was filtered through the japanese culinary lens, the result was far from what any indian person would consider reminsicent of curry at all.

it isn’t just curry, though.  japan is rife with errant foods, and while they do not always resemble the foods upon which they are based, they are absolutely delicious.  doria (a gratin-esque dish which uses rice instead of potatoes), tempura (lightly battered and fried veggies or seafood), and ramen (noodles served with a variety of different broths and toppings) are among japan’s most adored errant foods.

my favorite, however, is what the japanese call nikujaga 肉じゃが.  although the word nikujaga means “meat and potatoes,”  it can contain thinly sliced beef or pork, carrots, konnyaku noodles, green onions, snow pea shoots, onions, and even bamboo shoots.  the ingredients are simmered in a sweet soy broth under a flat wooden lid known as an otoshibuta.  while it is a stew, nikujaga doesn’t require hours upon hours of cooking.  most versions require only thirty minutes from start to finish.  starting to understand why i like it so much?

but i don’t just enjoy nikujaga because it is delicious.  i like it because, like most errant foods, it has an awesome history.  most historians agree that the origin of nikujaga can be traced back to a single person: tōgō heihachiro, admiral of the japanese imperial navy.

he was in kagoshima when the british bombarded the city during the anglo-satsuma war.  a year later, in the boshin war, he fought the against the tokugawa bakufu in the first modern naval battle in japanese history at the age of 20.  he supported japanese troops in the first sino-japanese war.  in 1905, he even destroyed the russian baltic fleet at the battle of tsushima during the russo-japanese war, proving to the world once and for all that japan was a force to be reckoned with.  he wrote once in his personal journals that he was convinced he was the reincarnation of admiral horatio nelson.  yes, he was that good.

when his 50-year military career had run its course, he was put in charge of the personal education of the future emperor of japan, crown prince hirohito.  tōgō’s mastery of the english language and cunning interpretations of international maritime engagement rules command respect even today.  not to mention his incredibly dapper mustache-beard combo.

while he was living, he was bestowed a list of accolades so long it would double the length of this post (which is already far, far too long).  the accolades bestowed upon him postumously is even longer.  when he died, the navies of great britain, the netherlands, france, china, and the united states all sent ships to the naval parade thrown in his honor.

he is, in short, one of japan’s most decorated and impressive heroes.

however, unbeknownst to most japanese people, he was what the japanese refer to as a kuishimbo (someone who loves to eat).  he had a particular love of foreign food.  and that is where this story finally comes together.

supposedly, during the formative years of the japanese imperial navy,  tōgō did his best to recall every bit of information about the seven years he spent training in naval academies in britain.  because britain had one of the most famous and powerful navies in the history of the world at the time, he took it upon himself to make the new imperial navy in the image of british imperial glory.  learning to mimic the ships, training, education, battle tactics, ammunition, equipment, and military procedure of the british navy was a given.  but admiral tōgō apparently wanted to take things a step further.

he decided that because british sailors ate a lot of beef stew, it was mandatory that japanese sailors eat beef stew as well.  so he described the dish to the cooks of kure, a port in hiroshima, and they did their best using the ingredients that were made available to them.  the cooks, never having eaten or even heard of beef stew, had no choice but to produce an errant food.

you guessed it.  the result was nikujaga.  and it has been a japanese favorite ever since. 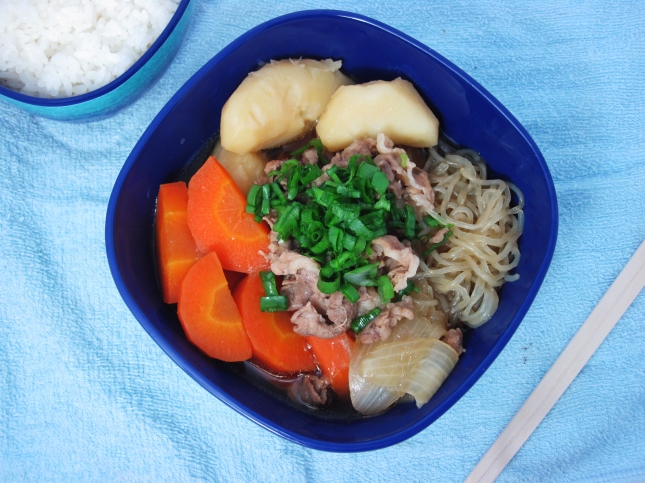 note: just like beef stew, nikujaga is even better the next day, so don’t feel bad if you can’t eat it all.  there is no harm in cooking bulk and saving some lunch the next day.  the shirataki are my favorite… 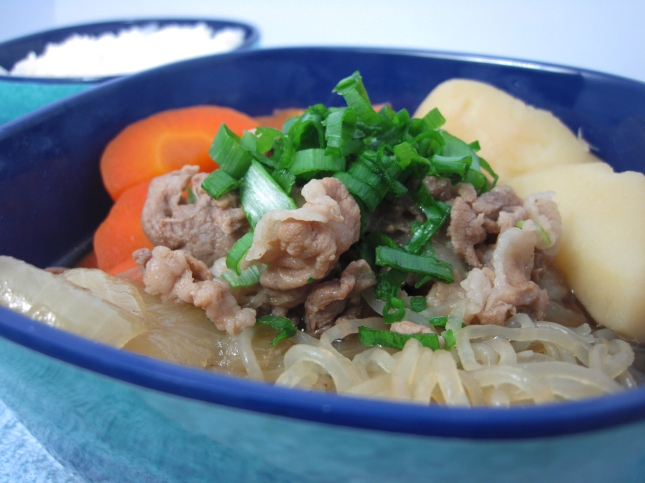