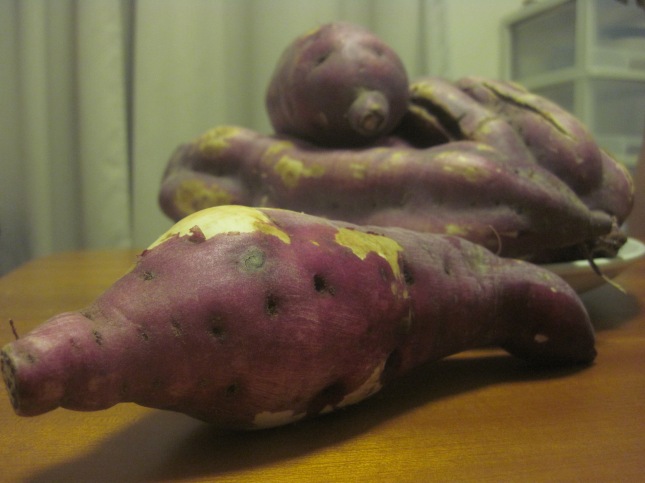 i like to tell people sometimes that living an amazing, fulfilling life in izu is the simplest thing you could imagine.  it requires only a few basic tenants.

last weekend, i got invited by a collegue to a little shindig she was having at her place.  she managed to get in touch with a bunch of foreigners and english language teachers in the area.  she invited them all over to a little plot of land she owns for a sweet potato harvest and a banquet.  because some of the guests speak little to no japanese, she thought it might be fun if i was there as someone who could bridge the gap between japanese and english speakers.  and so, equipped with my three golden rules of izu living, my female better half and i got up early in the morning and made our way out to a town called amagi. 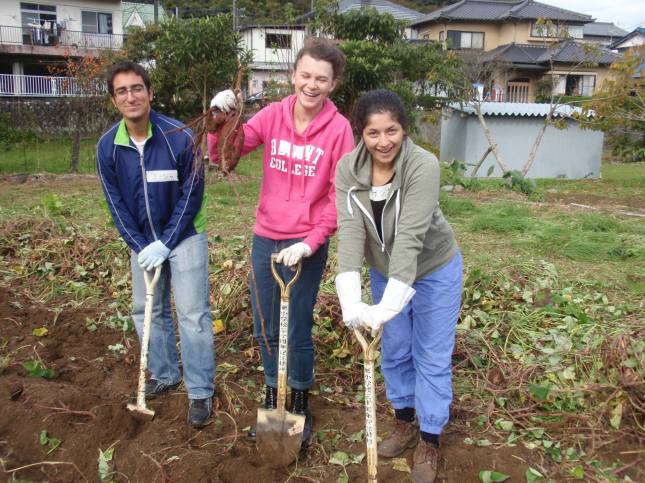 if you have never harvested sweet potatoes, i can tell you now that you are missing out.  it is an amazing time.  all in all, the work wasn’t that hard, and the beautiful fall weather we happened to get made the whole affair quite refreshing.  while we worked the fields, we chatted with all the middle-aged dudes and ladies working the fields with us (remember izu rule #1?).  plus, nothing quite compares to the satisfaction of pulling immense three kilogram sweet potatoes out of the ground.

oh, and the babies.  there were three babies who “helped” us harvest the potatoes as well.  they took up the mantle of carrying the sweet potatoes we dug up to the wheelbarrow and tossing them in.  words cannot do justice to the hilarity of watching a three-year-old lug a potato that is literally 150% the size of his head.

when we finished farming, we went down the river and skipped some rocks for a few minutes, and then walked back up to the house to eat lunch.  and my what a lunch it was.  when i asked about lunch that morning, i was told there would be a “little bit of everything,” which i should have known was a bold-faced lie.  there was a whole boatload of everything.  pork and potato hot pot with udon, every kind of pickles known to man, rice balls, rolled omelettes, kimchi, persimmons, chocolate cake, chiffon cake, three different kinds of jam, pumpkin soup, sauteed chicken, pickled sweet potato stalks, and my girlfriend’s very own banana cake (in two flavors: chocolate-covered coffee bean and peanut butter). 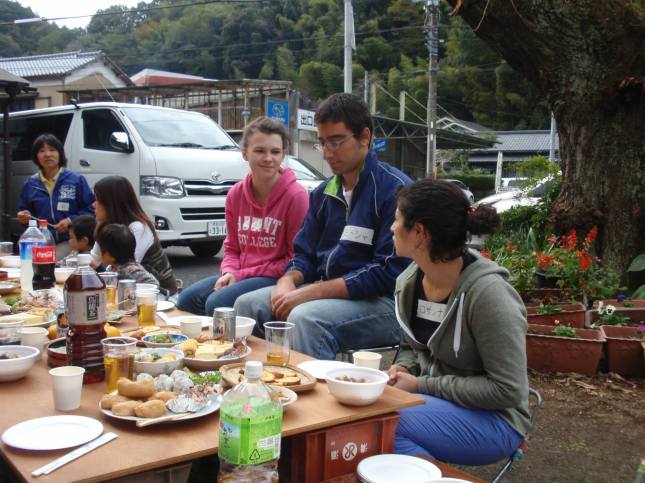 i ended up talking to my collegue’s husband and his farmer buddies about farming.  they were impressed with how much i knew about japanese fruit trees (such as yuzu, loquat, and rock plum) and started to get pretty excited as i explained what i had in mind for the sweet potatoes i was going to take home at the end of the day (oh look, izu rule #2!).  as we talked, they naturally continued to toss beers at me and my girlfriend.  as the only foreign man there who could drink (there were three filipino guys there, but they are muslim, so they don’t imbibe), i had to take up the slack (finally, izu rule #3). 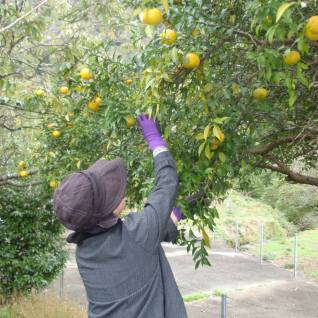 when we finally headed home, i had an enormous bag of freshly picked yuzu, enough sweet potatoes to feed the russian army for a week, and some brand new farmer buddies.

it was, without a doubt, one of the best days i have had in a long time. 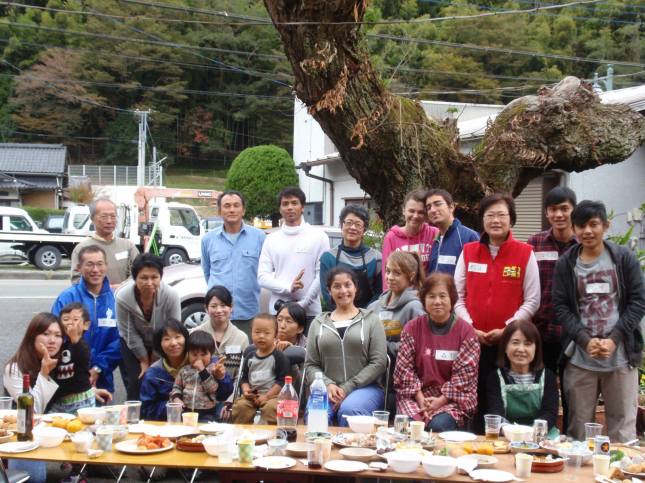