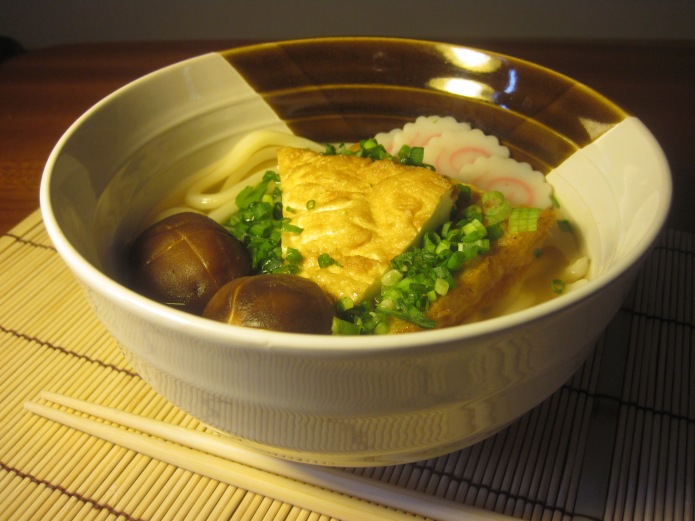 don’t worry, this post doesn’t have anything to do with the 80s.  it does, however, have to do with one of the simplest and most delicious foods japanese cuisine has to offer.

when my beautiful female better half came down with a nasty cold last week, i vowed that i would do everything within my power to make her better.  did i bike to and from the store a bunch of times every day?  of course.  did i pick her up two different kinds of fruit tea so she wouldn’t get tired of drinking yuzu and honey all day?  that’s a given.  did i give her a neck massage and tuck her into bed every night?  goes without saying.

but when your hubby tells you that they don’t want to eat because “nothing just looks that good,” you have to make some tough decisions.  after all, you have to bolster their strength so they can fight off that nasty illness, but you can’t exactly go around making heinously spicy burritos or steaks without breaking their delicate little sick stomach.  in such situations, i tend to turn a good friend of mine.

and that friend’s name is udon.

udon, which are at their core just super thick flour based noodles, can be a nice hearty addition to any soup that might otherwise be considered thin.  they are one of the only foods i know of that can be both extremely filling and very light when prepared appropriately.  plus, they are super cheap, easy to make, and keep very well in either the fridge or the freezer.

udon can also be prepared from scratch super easily, but i won’t go into that here.  if anyone has any interest in how to do it yourself, perhaps a follow-up post might be in order.  if you don’t feel like making your own, however, you can find them in literally any grocery store in japan.

anyway, back to my lovely sick lady and her conundrum.  she loves traditional japanese udon, and when she specifically requested it, i had no choice but to go out and get her all the fixings for some good old fashioned “fox udon,” known in japanese as kitsune udon.

when i brought out a big, piping hot bowl of beautifully arranged noodles in a light broth, i could almost hear her illness running for cover. 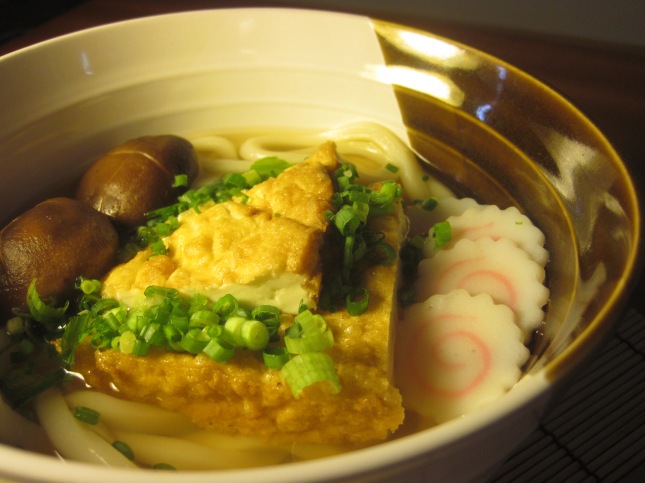